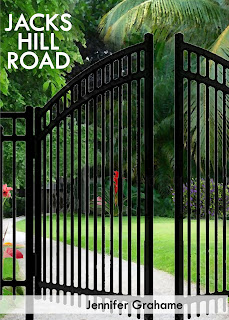 This book (one of three recently launched by the author) opens with a domestic helper lamenting the arduous nature of trudging uphill to the well-to-do home in which she works. That is the Jacks Hill Road of the title.

But in author Jennifer Grahame's wry, sly and compassionate hands, there is far more waiting for both character and readers at the summit of that hill.

Jamaica's long-lamented class divisions are delved into, peeled away and revealed to have quite a bit more overlap than hard borders.

Through the character Louise's eyes (she is rendered quite endearingly by Grahame, the painter, on the back cover), we see the foibles, failings and fascinations of an expanding cast that show just how dynamic the Jamaican social rubric really is.

And, its funny. Within its 130 pages are enough shenanigans, sudden revelations, doubts and other happenings to fill two (or three?) books. Grahame's style is direct, but in a disarming way, much in the manner of typical Jamaican conversation; hardly anything takes place on the surface, its in the repetitions that the patterns and the surprises come.

Jacks Hill Road is the work of an author thoroughly versed in her milieu, but still willing to look at  it with a forgiving eye. For that alone, its a worthy investment of your time.
Posted by Michael A. D. Edwards at 8:36 AM