The Government of Antigua-Barbuda has named actor Robert De Niro as special economic envoy, and the Hollywood legend earned his status largely with the stroke of a pen. By signing a Memorandum of Understanding for a US$250 million hotel renovation and re-opening project on the island, De Niro and his partner, Australian James Packer (son of late media mogul and cricket game-changer Kerry Packer) have given the twin-island nation a significant boost (or at least the promise of one) - in helping to reopen a former five-star resort on Barbuda that had for some years been closed
In addition ot an accolade-studded acting career (Oscars for "Raging Bull" and "The Godfather II") and as a promoter of films via his TriBeca Film Festival, De Niro has emerged as a savvy developer. 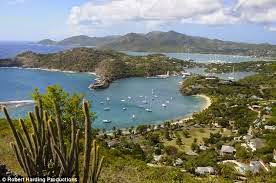