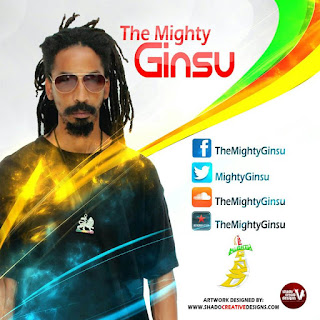 You would expect a guy who bills himself on the lines of a legendary blade to be lyrically sharp, and Ginsu is certainly that.

But you might not be expecting the breadth, as in the broad array of subject matter,from the value of perseverance, the importance of peace and change in a relationship, in addition to the anti-Governmental, corporate reed rants that one might find  mandatory on a project like this.

Over the course of 11 tracks (longer than an EP, shorter than a conventional album), Ginsu's resonant bass and quick-fire imagination span the globe (he's also featured on a French compilation, The Blex Experience), presenting his particular set of philosophies over bedrock beats that are largely hip-hop oriented, but carry elements of dub and global rhythms.

In addition to longtime standby "Jamaica Jamaica" with its fierce chorus (not at all a touristy welcome type piece), other standouts are  "Peace in the Streets" 'I'm A Legend" "I Am The Light" "Ghost Who Walks" (the tag given to the Phantom comic character) and "Yu Ready".

If you're not ready, then you ought to be, because this disc is representing the real situation. 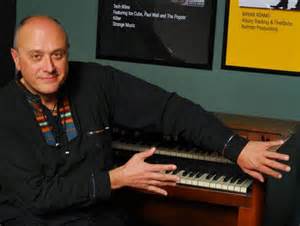 We've become used to the profligacy of Roberto Magris' recorded output and so when the pianist decided on his latest, the choice of a somewhat more contemporary funk sound may initially strike as an obvious and even vapidly commercial approach.

But this folks, is Roberto Magris, which means that while sound currents may get inverted, they are never perverted, as in pop

There is one track that leaves us somewhat ambivalent. This is the first time in my memory of the artist's extensive catalog that he has included a vocalist. While Monique Danielle is certainly blessed with a fine voice, the overall effect of "No Sadness" the mid-tempo track on which she is featured, are just not that persuasive.

More moving, in several sense s of the word is the preceding track, 'Counterparts" a funk workout peppered with occasional interventions from the leader, but really allowing his band (Drummer Brian Steever, bassist Dominique Sanders and percussionist Pablo Sanhueza) to shine.

Another Magris template is the covers. On this outing, he takes on two well-known pop gems. Stevie Wonder's "Ma Cherie Amour" is up first, but the piano man's take on the Steely Dan classic 'Do It Again" is the clearly superior adaptation, offering some of the most free-wheeling improvisations that Magris has unleashed in some time - and that's saying a lot.

Indeed, the contemporary framework of the tunes on this collection seem to have spurred Magris to even more openness in his pianism, rather than shut him down, and of course, that's great news. There may not be any thing on this record to match "The Storyteller" (from his "Current Views" album) but even after over 26 discs, he is absolutely refusing to coast on by. Bravo!


localjoe.myorganogold.com
Posted by Michael A. D. Edwards at 3:38 AM