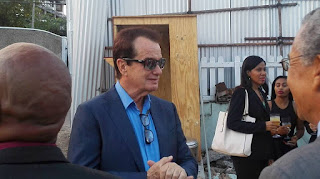 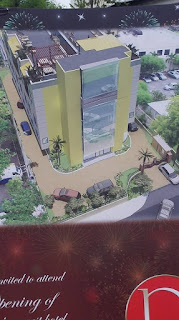 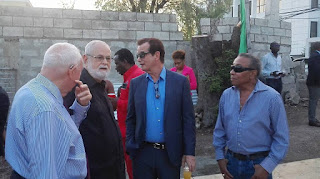 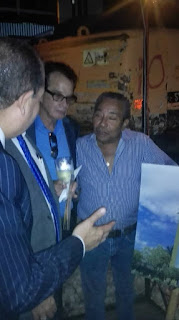 Entertainment mogul Joe Bogdanovich may not speak much, but when he does, he certainly gets attention.

And so it was yesterday evening that the DownSound Records founder-CEO, who's recently added Usain Bolt's Tracks and Records and the Reggae Sumfest brand to his growing portfolio, pulled Government ministers, business interests and the merely curious to his latest foray,

poised to rise on one of the last undeveloped tracts of land in New Kingston   (it formerly housed the street art collective Trafalgar Artists), the Renfrew (see model photo) is being pitched as Kingston's first true Extended stay hotel.

Bogdnaovich and the equally reticent Evan Williams, design chief and project partner took guests, including Tourist Board Director Paul Pennicooke and commercial security trail blazer Kenny Benjamin, as well as Ministers Vaz, Shaw and Chuck through the nuts and bolts of the development.

Expected completion date of October 2017 puts the Renfrew right a the crest of the winter tourist season, although their clientele won't in the main be recreational.