A number of players across the NFL, inspired by San Francisco 49ers quarterback Colin Kaepernick, followed his decision to protest racial inequality in the United States with public gestures during the national anthems ahead of their respective game Sunday afternoon. The gesture had special significance given that Sunday was the 15th anniversary of 9/11.

Colin Kaepernick appears to have become an unlikely civil rights leader. On a very busy Sunday, the first of the NFL’s regular season, players from at least half a dozen teams either knelt, linked arms or raised a fist during the singing of the national anthem as a way of supporting Kaepernick’s decision not to stand during the song.
On August 26, after sitting during the national anthem prior to an exhibition game, Kaepernick said he would not “show pride in a flag for a country that oppresses black people and people of color.”
In Kansas City, the Chiefs' cornerback raised his fist during the anthem, while many of his teammates locked their arms in a show of unity; in Seattle, the Seahawks did the same, with players and coaches locking arms during the anthem.
View image on Twitter 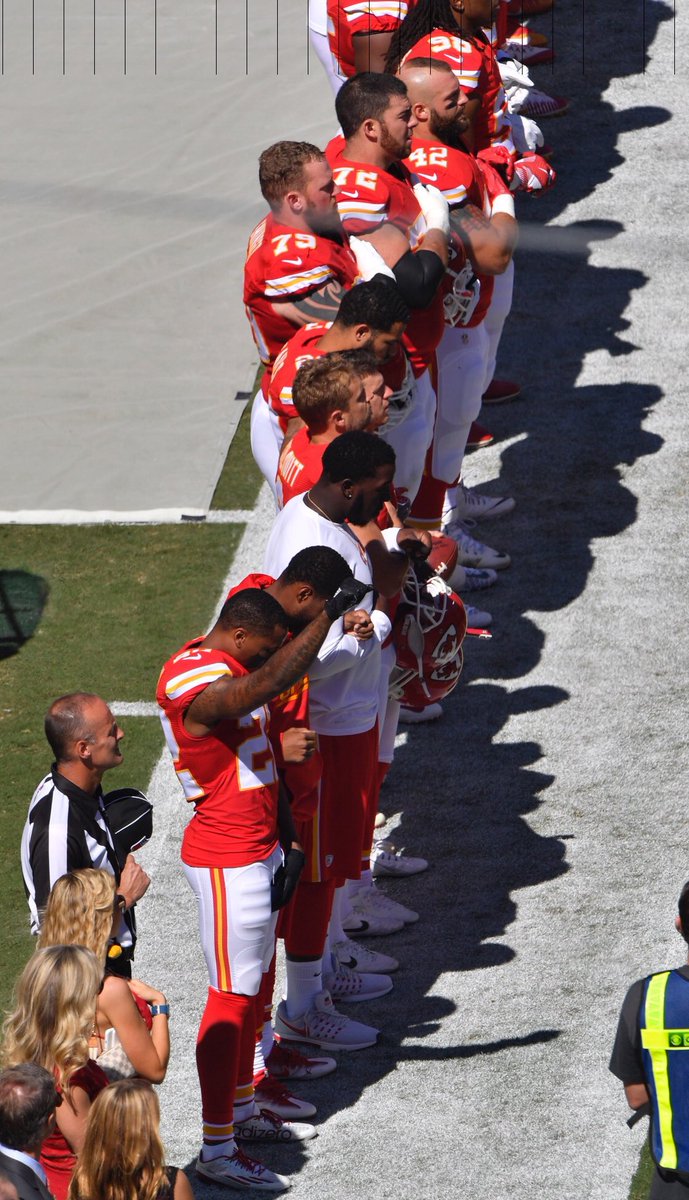 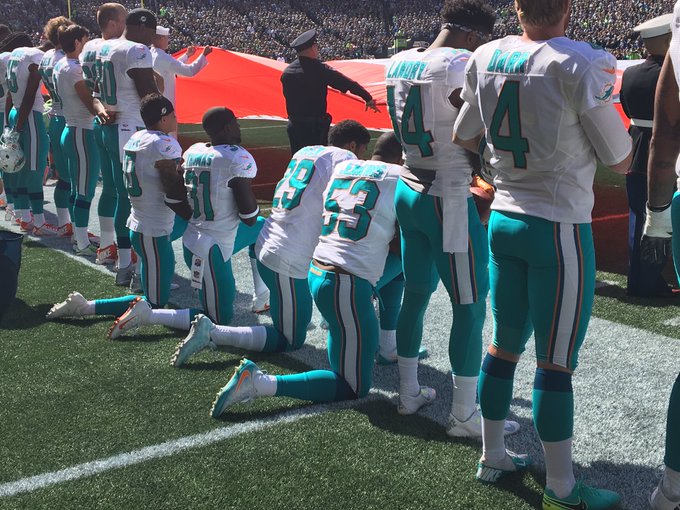 Other players, like New England Patriots’ Martellus Bennett and Devin McCourty and Jurrell Casey, Wesley Woodyard and Jason McCourty of the Tennessee Titans, waited until after the anthem was over to raise their fists.
View image on Twitter 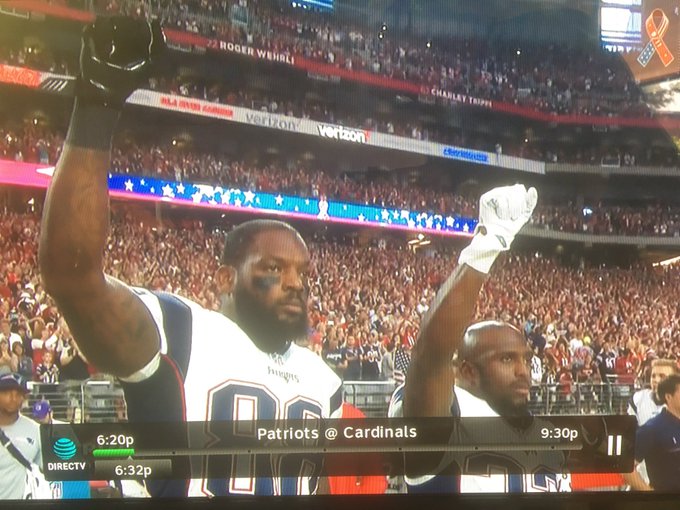 Robert Klemko  ✔@RobertKlemko
Here are Martellus Bennett and Devin McCourty raising their fists for the National Anthem. Patriots, both.

Reactions to the gesture were varied, with several celebrities weighing in on the demonstrations. Most notable was probably model Kate Upton'sinstagram screed, if for no other reason than its length.


However, nowhere captured the tension perfectly between protesters’ supporters and critics better than in the shade thrown by ESPN’s Randy Moss towards his fellow Sunday NFL Countdown host Trent Dilfer, who accused Kaepernick of putting himself before the team.
View image on Twitter 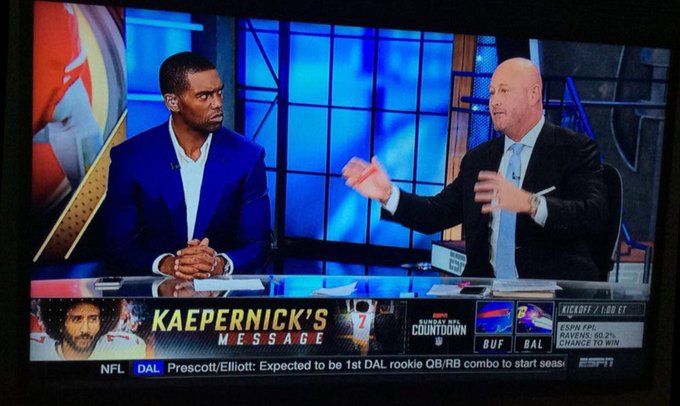 That pretty well sums it up.

Now that football is involved, will Americans be able to have a deep and substantive conversation about race relations?

Like it or not, for a large number of people Sunday afternoon is probably not the best time they want to think about difficult, thorny issues like discrimination and racial prejudice.