Film: Back As Bond

1 year, and a reported US$150m later, Daniel Craig appears to have found some new love for 007 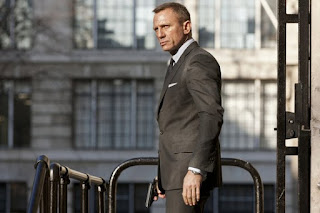 During his press tour for Spectre, Daniel Craig went on something of a rampage against his role of James Bond, labeling the character a misogynist and declaring he’d much rather “slash [his] wrists” than ever again don the perfectly tailored tuxedo of 007.

That seems to have changed a year later, though, in the wake of Craig reportedly being offered a cool $150 million for two more 007 films. In a recent interview, Craig hinted at returning, saying he would “miss the role terribly” if he had seen the last of the franchise. What a difference a year makes.

This will come as a blow to everyone who’s jumped the gun and created fan petitions and fantasy-cast their ideal next Bond already. Top candidates include Idris Elba, who’s had to field questions about these rumors for years now, poor guy.

Whatever the future of the series, we know Skyfall and Spectre director Sam Mendes won’t be returning. Hopefully the next director, whoever they may be, will have the vision and courage to include at least three distinct sex scenes and some shots of cars speeding up winding mountain roads.
Posted by Michael A. D. Edwards at 5:18 AM