the British songwriter behind Michael Jackson’s Thriller and Rock With You, has died aged 66. 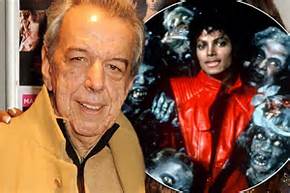 Jon Platt, the chairman of music publisher Warner/Chappell said Temperton died in London last week following “a brief aggressive battle with cancer”.
“His family is devastated and request total privacy at this, the saddest of sad times,” Platt added.
Temperton, whose other credits include Boogie Nights, Off the Wall, Give Me the Night, Sweet Freedom and Always and Forever, is one of the most important songwriters and composers in contemporary pop.


Hailing from Cleethorpes, his career began in the disco group Heatwave, a band best known for Boogie Nights, and went on to write for the likes of Anita Baker, Aretha Franklin, The Brothers Johnson, Herbie Hancock and Quincy Jones, who enlisted him to work alongside Jackson.

His compositions for the King of Pop – particularly on the Thriller album – are some of the most famous pop songs in history, and the album continues to sell more than 100,000 copies a year.
He came up with the title for the smash hit song and album Thriller,

“I wrote two or three hundred titles and came up with Midnight Man. I woke up the next morning and I said this word, Thriller,” he has been quoted as saying.

Musician Mark Ronson paid tribute to the songwriter on Twitter: “so devastated to hear that Rod Temperton has passed away. a wonderful man & one of my favourite songwriters ever. thank you for the magic x”.

Temperton was described on social media as “a great British songwriter” by former Culture Club singer Boy George, while rapper LL Cool J said “we have lost a true genius”.
Temperton was also nominated for the best original song Oscar for Miss Celie’s Blues in 1986, a track he co-wrote with Quincy Jones and Lionel Richie for the film The Colour Purple.
Posted by Michael A. D. Edwards at 6:02 AM