Society: From Clapping Back at Clapton to swinging left

In 1976, Eric Clapton went on a drunken rant about immigrants. While staggering around a stage in Birmingham, he said that Britain had become "overcrowded" and that everybody should vote for former Tory minister Enoch Powell to "keep the foreigners out" or else the country would become a "black colony". The singer – who had made a career of appropriating blues music – then started chanting, "Keep Britain white", a slogan that had been widely used by the National Front, a racist political party who had garnered a terrifying amount of support.
In the mid-70s, such gross rhetoric might have usually been ignored by his rock peers, but this was different. Only a month before, a young Asian man, Gurdip Singh Chaggar, had been murdered by a gang of white kids in Southall. In a particularly chilling response to the killing, John Read from the National Front said: "One down - a million to go". And so, in the burning hot summer of '76, two guys decided to form Rock Against Racism, a music-orientated campaign that aimed to spread an anti-racist message at time when it was desperately needed.
Over the years, Rock Against Racism eventually evolved into Love Music Hate Racism, a concert which is less focussed on rock, and more encompassing of all genres, so as to represent a greater diversity of sound. But four decades after Clapton's hateful rant, and a couple of years after Love Music Hate Racism seemed to fizzle out, it feels like not much has changed. Clapton's words could just have easily been overheard last week in your local pub, muttered under someone's breath at the 2016 Tory Party Conference, or shouted loud and proud by a UKIP supporter. Furthermore, in the past three years, racist hate crimes in Britain have steadily soared, with a 14% rise since Brexit.
With that in mind, the founders of Love Music Hate Racism have decided to return in a bid to "reignite our national movement against racism and fascism through music." But how will it make a difference? Can a few gigs realistically make a dent in a problem that arguably requires huge social upheaval? Doesn't the concept of a music-orientated campaign against racism, in the fiery pit of hell that is 2016, feel kind kind of like batting away a forest fire with your hand? I sat down with organiser LaToyah Gill in a bid to find out more. 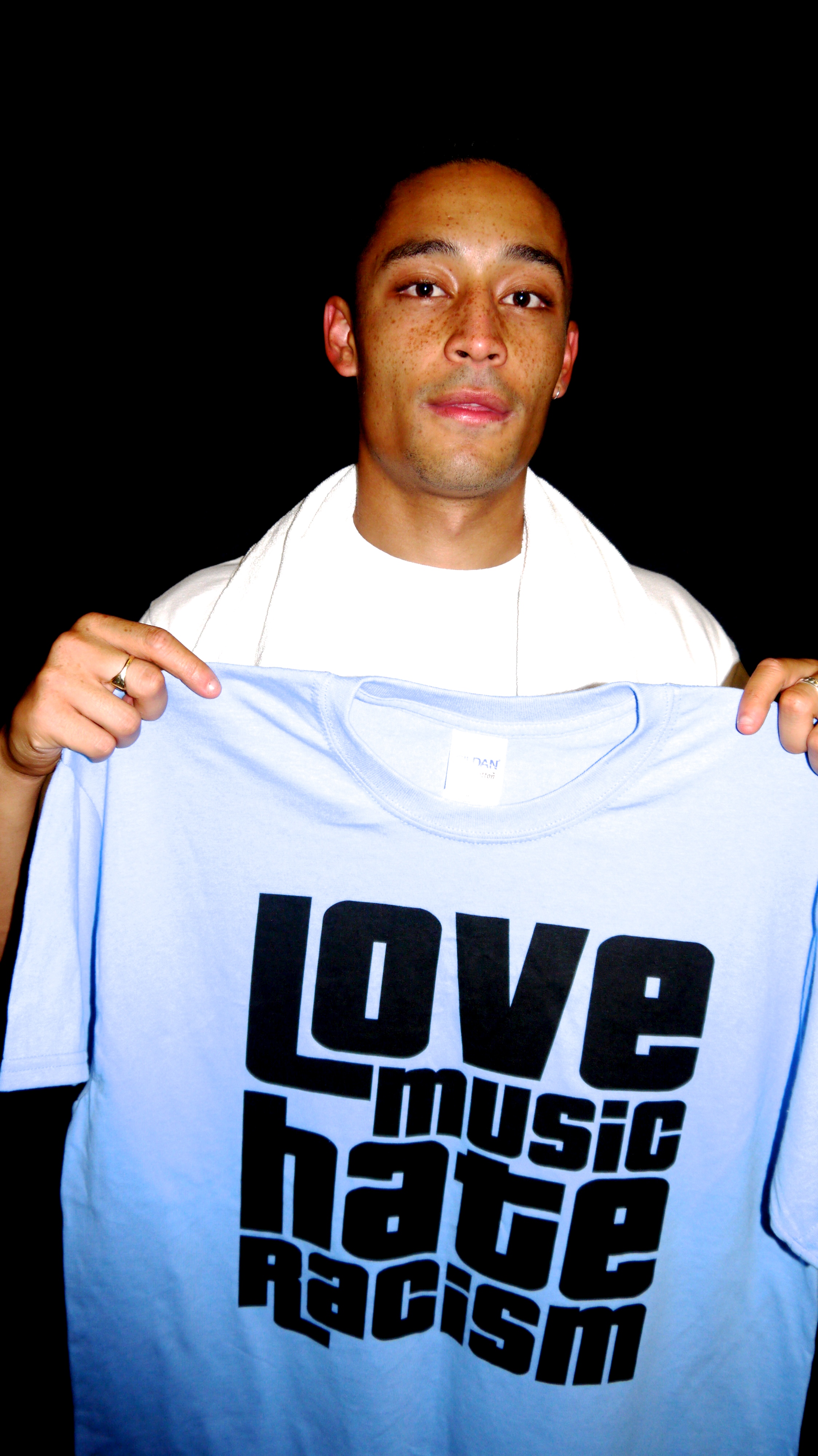 ​NOISEY: So tell me about Love Music Hate Racism. How did it come about?LaToyah Gill: It's the brainchild of Rock Against Racism, which started in response to Eric Clapton's racist declarations in the 1970s. Following his comments, two people wrote to the NME and were like, "What are you talking about, Eric? Your first hit was a cover of Bob Marley's "Who Shot the Sheriff?"" In the letter, they also encouraged readers to get in touch because they wanted to start an organisation which was to become Rock Against Racism. The idea was to bring musicians from different backgrounds together, on a stage, to unite for an anti-racist message. At that time, Rock Against Racism were working with the Anti-Nazi league.
One of Rock Against Racism's most famous gigs was in 1978. People were waiting in Victoria Park and when the first band came on there was probably one man and his dog, but there was actually over 100,000 people marching from Trafalgar Square to Victoria Park. Slowly, the gig got bigger and bigger. People such as the Clash and T-Rex performed, and it became one of the campaign's most legendary events. Throughout the years, there have been various incarnations of that gig. But we've been a bit quiet for the past few years…
Why?Racism has always been simmering in the UK, but perhaps not as strong as back in the 1970s. Right now though, there's been a huge upsurge in racism - not just in the UK, but throughout Europe - especially since the referendum. Hate crimes have peaked. And throughout Europe, with the way migrants and refugees are being treated, it feels like a good time to bring it back. The world is getting wrapped up in media propaganda, and there's so much division.
Back in 2002, LMHR also played a crucial role in the BNP's demise in areas like Stoke where the party had a worrying numbers of councillors. LMHR put on a gig at the city football stadium with top artists, and it's fair to says that LMHR served its purpose at the time in helping to defeat the BNP by promoting anti-racism and unity through music as an antidote to their politics of hate.
​The BNP are no longer a political force in British politics. This explains why LMHR has been quieter, because the urgency has not been there since the defeat of the BNP. Nevertheless, there is a renewed importance to LMHR because the threat is now how mainstream racism is becoming helped by irresponsible speeches by high profile politicians and national media.
The current climate arguably requires a huge social shift. How do you think Love Music Hate Racism will make a difference?Music has the power to penetrate and touch emotions; really affect you and move you. That's why we work with musicians to put our message across. There are people who are proud to be racist, but there are also people who wouldn't identify as being racist. They don't realise they may say or do things that could make someone feel vulnerable or oppressed.
The word 'racism' shouldn't be pushed to the background. I believe the only way we can diffuse people's negative prejudices is to discuss it and recognise history and to actively attempt to change things. We want to bring the conversation back and stand up to people who have these ideas. Just because racists seem to have the loudest voice, doesn't mean they have a point. We want to do that through music. 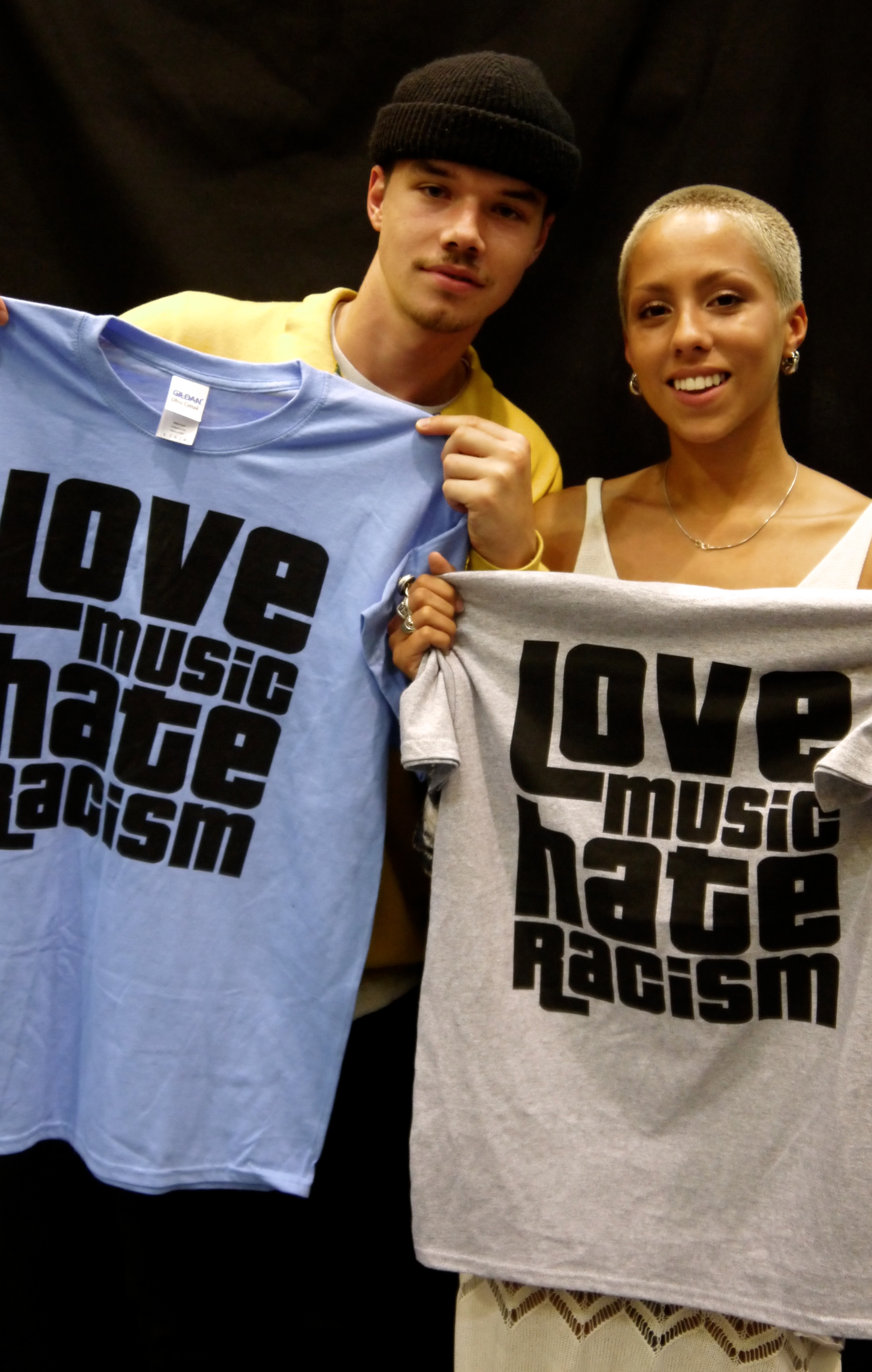 ​​
In its current incarnation, Love Music Hate Racism​ began in 2002. How has the campaign evolved over the years?Discussions about racism are slightly different than they were back then. In the past, there has been a lot of focus on the segregation between white and black people. It's broader than that now – it could be polish workers, refugees. It's not just about uniting black and white people, it's about connecting everybody.
Which artists are getting involved this year?We have a DJ and producer called Terror Danjah, Jerry Dammers from the Specials (who also performed back in the 1970s), a musician called Saskilla, a punk band called Spektrum. We also have a duo called the Nova Twins, who I saw at Afropunk and I'm pretty excited about. So the line-up is great this year. But mainly, we want to motivate people to put on their own events, nationally and regionally. If they want advice about how to do that they can get in touch. We want a bunch of campaigns to get going.
Aside from Love Music Hate Racism, what else do you think can be done to help decrease racial tensions in the UK?I think people need to get creative. You don't have to be a musician to put your voice across – you could be a writer or a good organiser. It's just about recognising your own skills and going out there and taking risks. You can sit and think about the changes you want, but until you step out and do it yourself, you're not going to see those changes happen.
​What has been your favourite moment in the history of Love Music Hate Racism?I think it's right now, because I'm excited about where we can take it. I enjoyed being at Afropunk and talking to people in the crowd about what they knew about Love Music Hate Racism. People were getting really energised and motivated and wanting to get involved. That was a highlight for me.
What do you hope the next 10 years will look like?
I hope the world is more understanding of each other. I hope that people understand that we're all human, and that people are talking to people they wouldn't necessarily have talked to in the past. I hope there's more connectivity, because there's a lack of connection right now, and I hope there's less anger. I think art has the power to change things, so hopefully people will g
Posted by Michael A. D. Edwards at 5:08 AM