AS part of preparations for its 2017 edition, the Africa Movie Academy Awards (AMAA) has opened its doors to film entries from across the continent and Diaspora.
It will be the 13th outing for the prestigious award which debuted in 2005.
Organisers say entries can come in for slots in feature, short, animation and documentary films, leading to prizes in 30 categories. 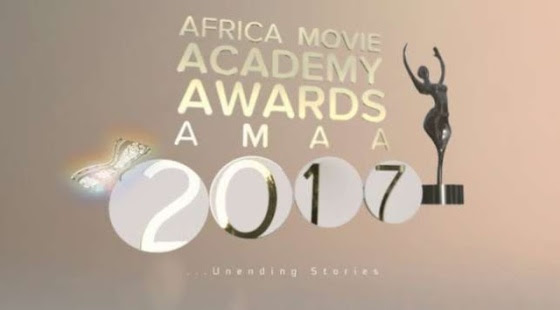 “The deadline for all submissions is December 30, 2016; a late entry deadline is Janaury 13, 2017. Nominations will be announced in on April 15, 2017,” the organizsers announced in a statement on Wednesday, adding that only films produced and released between July 2015 and December 2016 may be entered for the awards.
The 13th edition of the AMAAs has been slated for may 20, 2017 and will be televised globally. Now an established engagement platform for filmmakers, industry professionals, and all creative industry stakeholders, organisers say the primary aim of the scheme is to facilitate the development and showcase the social relevance of African film and cinema.
Laurels are presented as honour and recognition of excellence to professionals in the film industry. This includes directors, actors, writers.
Over the years, the award presentation has been attended by numerous international media representatives, Hollywood celebrities, African politicians, journalists, film industry professionals, and actors and actresses from across the world.
The 2016 African Movie Academy Awards took place on June 11, 2016, at the Obi Wali International Conference Centre in Port Hacourt, Rivers State. The exciting, sublime and glitzy event was hosted by Mike Ezuruonye and Kgopedi Lilokoe. The ceremony presented the best African actor of the year to Daniel K Daniel for his lead role in ‘Soldiers Story’ while Fulu Mugovhani won the best actress for her lead role in ‘Ayanda’
Posted by Michael A. D. Edwards at 3:59 AM