aRT: Liguanea's "Art Beat" Spills Over Into the Street

After a year spent, in 2014,  at the Chinese Benevolent Association (CBA) Auditorium, to mixed reviews, the Liguanea Art Festival  staged what can only be described as a triumphant return to its customary home in the car park of  Liguanea Plaza on Sunday. 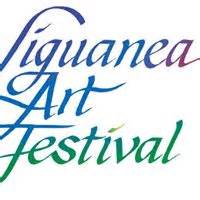 With an ever-growing number of patrons and thus, exhibitors, this year's fair actually extended beyond the confines of the shopping centre to take up a section of the busy Old Hope Road thoroughfare on one side, so as to better accommodate purveyors of art, as well as food and services that have made the event, now in its 2th staging,  a must-stop in the crowded holiday gift-buying and creative calendar.

And support was both early and sustained, with some patrons arriving before the official 10 am start time. They had no reason for disappointment, being greeted with a cornucopia of art and craft offerings that truly ran the gamut from thoroughly commercial curios to thought-provoking visual expressions, with virtually no style nor theme left unexplored.

And, as always there was plenty in between the exhibits for visitors to enjoy, from live entertainment courtesy of Akwaaba Drummers, "Candy" Isaacs and others to the always tasteful selections of Musical Credits, as well as culinary offerings, and a silent auction of select pieces.

Culture Minister Olivia "Babsy" Grange was on hand to endorse the event, lauding organizers June and Tony Wong, and also to receive, from noted photographer Howard Moo Young, a special collectors' item suite of Moo Young's photos of Bob Marley from the legendary One Love Peace concert, which marks its milestone 40th anniversary this year. The Minister urged continued support of the artists by patrons and also of the festival.

For their part, the Wongs seethe event as a unique part of an expanding dynamic between the visual arts and tourism, noting that the appeal of the festival has expanded beyond the shores of Jamaica (parallel to the Fair's physical expansion). This has not gone unnoticed by the Jamaica Tourist Board, which invited several overseas journalists to cover this year's renewal.

With this much diversity, it well be impossible to name favourites, but this writer believes the powerfully understated wood sculptures of engineer/artist Ronald Sullivan stood out best. Similarly, the richjly-hued objects and mixed media paintings of Barrington Lord demonstrated the accomplishment of a fine balance between the eye-catching and the introspective.

Its understandable that photography was well represented, with organizer Wong himself being an acclaimed and noted lensman. In addition to the aforementioned Howard Moo Young, there was impressive image work from Sean Murray, Craig Phang Sang, Hugh Wright, Liguanea mainstay Donette Zacca and others. There was also the presence of  the Edna Manley  and Elements photo clubs.

Jewelry was also well represented through the creations of Lady Jacqueline Hussey Pearson, Andy Philips, Garth Sanguinetti, Janice Forrester (Jan's Accents) and others. While the Fair certainly promoted balance, the representation of exhibitors marked a certain dominance by women creatives.

Overall, the Fair did manage to sustain diversity, a balance between the newer artists, like young Kristen Cole and Alicia Thomas, to more established figures like Ray Jackson, Anji Worton and Ewan McAnuff; between more formal expressions like Gaston McKezie's cityscapes and the "Mistakenism" philosophy of Maia Chung or the whimsical work of Inansi Burke (working in what she titles "mix-up media") and the works of  Laura Facey along with Susan and Cecil Ward. Their explorations of  "suburban wilderness" Salt Island (just behind the Hellshire Hills) - with its fascinating yet unyielding combination of marshland, dying trees (largely due to high salinity of the soil) shifting (and sinking) sands, and the possibility of encounters with wild boar and even crocodiles - made for compelling viewing.

There was also balance between the more familiar landscape subjects(which itself offered a plethora of styles), explored by painters and sculptors and the more abstract musings such as those of regular exhibitor Frenand, whose work is verging toward a Picasso-like  multitude of intersecting facial angles, expressions and body parts.

The artist expressed the fond hope of someday building a suitably sized and equipped multimedia exhibition and reception space for the arts, an initiative worthy of exploring. As the Liguanea Art Fair continues to grow ( the catalogue is now over 100 full-colour pages), its clear that despite the obvious charm of the outdoor location, a new home will soon be needed.