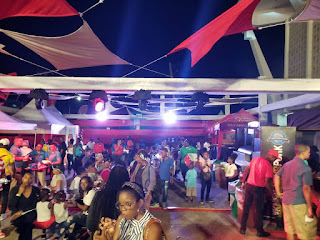 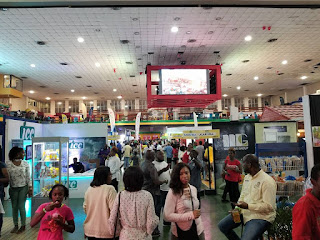 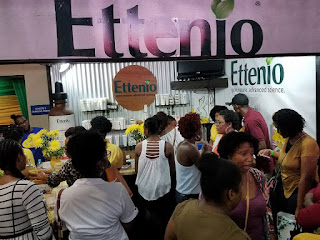 The 2018 edition of the Jamaica Manufacturers and Exporters Associations' joint mammoth trade show lived up to its billing again, with something for just about everyone between the three main spaces - the National Indoor Sports Centre, the "traditional" National Arena and the outer pavilion of the Arena.

"The Sweet 16"; Catching Up With National's Bold Ones at the Expo


National Baking started the Bold Ones programme in 2010 in a bid to bring greater awareness of the importance of small manufacturers to the Jamaican economy, and has provided mentorship and marketing support to more than 30 companies since then.

Antoinette Davis, chief executive officer of Ettenio and a 2016 Bold One says the support from National has been phenomenal.

“I can take up the phone and call 'Butch' (Hendrickson) and the team with any question about marketing and business at anytime and I know I will get help,” Davis is quoted as saying in the release.

The Bold Ones also reportedly emphasised the level of exposure that they have been afforded as a result of their relationship with the baking company.

Since inception, the Bold Ones have benefited from being featured on National's baked goods delivery trucks that travel around Jamaica, as well as the opportunity to showcase their products at Expo Jamaica. The release said the 2016 Bold Ones format shifted to a more modern approach — a 13-series programme on Business Access TV, and was rebroadcast on CVM TV.

The programme allowed for extensive exposure for these companies, and it also offered an added level of credibility through such a public platform.

At the 2018 Expo Jamaica, the Bold Ones were able to network with both local and international buyers. In fact, Michelle Smith of Chocolate Dreams is more than ecstatic about the contacts made at the event.

“Buyer days have been tremendous for us. We've made several contacts that I will follow up with in two weeks. National created a booth with all these Bold Ones and we only had to bring our products and network, and I'm grateful. They have helped to catapult our business tremendously,” Smith said.

A similar sentiment was expressed by Joel Harris, chief executive officer of Shavout International Limited.
“The publicity we've been able to gain is amazing. Expo has created many opportunities for us. We've been well received by buyers and we're overwhelmed by the plethora of opportunities coming our way. It's heart-warming that buyers know of our products and actively seek us out during buyer days at expo,” said Harris.


Some theb est writing by Jamaicans at home and abroad has been assembled in the debut issue
of Pree from writer-commentator Annie Paul. Read the likes of Ishion Hutchinson, Tanya Shirley and "Dingo" (glad to see new work) and more - and that's just the Poetry section 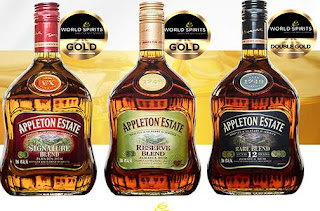 Appleton Estate's re-imaged rum line are the life of many a party, and the Company's "station" at EXPO 2018 was "lyming Central" with patrons from all ovr gathered to mingle, chat and enjoy the smooth sipping trio of Apleton Estate rum blendss - Signature, Reserve and Rare.
Posted by Michael A. D. Edwards at 4:06 AM