Indian giant Mahindra & Mahindra could spend almost $1 billion in its attempt to crack into the U.S. auto market. 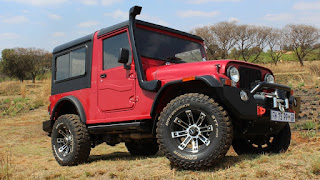 The company will invest $230 million in three facilities in Detroit, consisting of a warehouse and logistics center, a prototype and engineering operation and a vehicle assembly plant to be constructed in Auburn Hills, Michigan.
This plant will initially become operational by constructing the cheap and rugged Roxor off-roader. Further down the road, Mahindra wants to develop a plethora of other vehicles for the U.S. market using its host of Detroit facilities. Ultimately, these projects could generate an additional $600 million in local investment and roughly 400 jobs, Automotive News reports.
Detroit may have lost its shine but Mahindra thinks it’s the place to be
Mahindra, along with four other manufacturers, is also competing for a $6 billion contract for the U.S. Postal Service to design and produce mail carrier vehicles.
“The state was happy to see a company coming in and setting up in Detroit because that doesn’t happen very often these days,” Mahindra managing director Pawan Goenka said of the company’s decision to set up in the Motor City.
Posted by Michael A. D. Edwards at 5:07 AM