SAINT International's 14th staging of StyleWeek Jamaica begins tonight and runs until Sunday with multiple events across several venues in the Corporate Area. 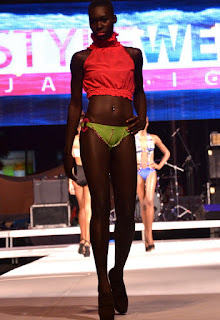 The event was launched at Eden Gardens in St Andrew on Monday evening.

“In previous years, all the events, with the exception of Fashion Block in New Kingston, were invitation only. Due to demand from the public we're allowing limited ticket sales for several of our events over the duration of StyleWeek,” Deiwght Peters, CEO of SAINT International, said.

The availability of tickets is one of the several changes StyleWeek Jamaica has made for its 2018 staging.
“Fashion Block used to be the climax on Sundays. However, we got feedback from patrons not wanting to stay late given that many would have work the following morning, so we've switched it up this year placing it on Saturday night instead,” explained Peters.