Music: New album Just "A Matter of Time" for Protoje 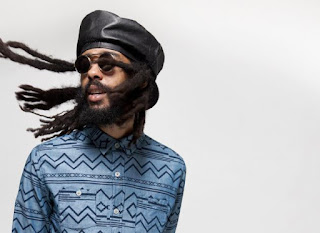 A Matter of Time, the 4th studio album from roots reggae revivalist Protoje, is set for  June 29 release.


The 10-track set follows 2015's "Ancient Future" and features "No Guarantee" a duet with musical colleague Chronixx as the lead single. A previous collab between the two "Who Knows" was an international hit, notching over 70 million You Tube views.

The album again sees Protoje working with WintaJames on production, and also features guest spots by Samory-I and up n' comer Mortimer.

With the inclusion of previously released tracks “Blood Money” (hailed by Jamaican Radio Personality and Pan African Activist Mutaburuka as the number one reggae song of 2017), “Truths & Rights” featuring rising crooner Mortimer, and the fast-rising single “Bout Noon”, much anticipation has hung in the air for the album’s release.

Protoje  has  sold  out  headline  UK,  US,  and  European  tours, and  is  a  firm  favourite  at  festival’s  throughout  the  world,  performing at the likes of Glastonbury,  Coachella, Reading  &  Leeds,  Boomtown,  Summer  Jam, Afro-Punk,  and  Canada’s Pemberton  Music  Festival.
Posted by Michael A. D. Edwards at 8:15 PM