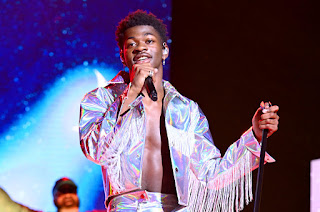 The Mariah Carey and Boyz II Men duet set the record in 1996.The only song to come close to breaking it was the ubiquitous international hit "Despacito," which tied the 16-week record in 2017.
Posted by Michael A. D. Edwards at 7:29 AM