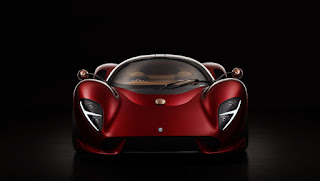 In a world where supercar design seems to have gotten ever more angular, this new hypercar,

from resurrected marque De Tomaso, is showing curves worthy of an alpine pass.

The P72’s bubbly roof, headlamps and tail view feel almost cartoonish in shape, but get some interesting edge from its glittering copper wheels and other rosy- hued metallic touches. De Tomaso, which brought us the Mangusta and Pantera supercars in the 1960s and ’70s, had its ownership evolve over the years from Italian and American parentage to its current oversight by Hong Kong-based Ideal Team Ventures.


The flamboyant ride is inspired by models of the marque’s past. Nothing about the P72 is subtle, with its all-bespoke carbon fiber chassis, swoopy lines and copper accents. The opulent interior is also detailed in copper, with rich, quilted-leather stitching akin to that of Bugatti and boutique automaker Spyker. 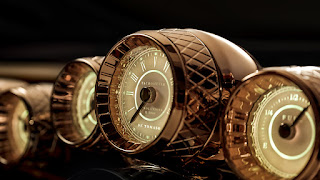 The car is meant as an homage to the ill-fated Shelby De Tomaso P70 (the P stands for prototipi and 70 is for the 7.0-liter engine displacement), a race car designed in partnership with Peter Brock for the 1966 Can-Am Challenge (a project that was scrapped after disagreements between the designers). But it’s also easy to see shades of early Alfa Romeos and modern Ferraris; specifically the Ferrari P4/5 by Pininfarina, a one-off modified from a Ferrari Enzo for collector James Glickenhaus and first shown at the 2006 Pebble Beach Concours d’Elegance.
- Robb Report
Posted by Michael A. D. Edwards at 9:03 AM