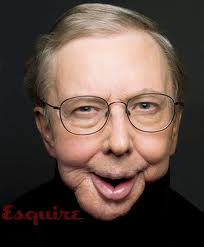 Too Long In The Wind: Whither J'can Feature Films? 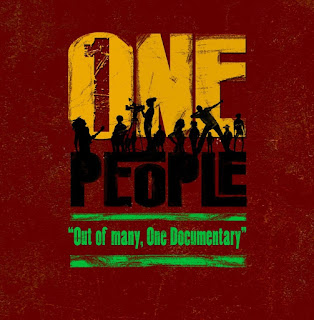 The preceding two years have been inarguably one of the most fertile periods for Jamaican feature films in quite some time. Between fully indigenous features, like Storm Saulter's "Betta Mus' Come" and Chris Brown's "Ghetta Life" and Jamaican- themed features made by expats, like Luciano Blotta's "Rise Up", "Out The Gate" and "A Dance For Grace" and those yet to come to wider public attention like "Bubblin'" one might be forgiven for believing that a revival is underway.

But as much as I congratulate the makers of the above films, the output is still paltry and more so when set against the near constant stream of commercials, music videos and sundry non-features, as well as the six decades or so of overall film making history in Jamaica. On the eve of our 50th anniversary of nationhood, our scorecard in this, as in many other areas, simply doesn't add up.

Easy question to pose, not so easy to answer. Sure, the boneheaded policies and lack of action on the part of successive Governments is a convenient and valid target, but propaganda notwithstanding, Governments don't make movies. Hollywood was essentially started by a bunch of wildcatters (a term I borrow from the oil industry), who went out and did what they believed in, making up the rules as they went along until the establishment caught up, and bought in. Of course, that was a century or so ago, and much has changed. But the underlying principles remain the same - the prize is there for those, like the above mentioned, who will risk all to take it. Simply put, there will be feature film industry when there are more Jamaicans making feature films.

Yes, cost is an issue, but these days, hardly an insurmountable one. The specific issue here is value - or the lack thereof. Corporate Jamaica has for many years done its best to pretend that Jamaican feature film doesn’t exist, but ironically, the multinationals here have been quick to pursue commercial tie-ins with some of the big Hollywood blockbusters.. Of course, it's hardly surprising; they pretended for years that reggae and dancehall (yes, I separate the two) didn't exist also. Now, the biggest corporate entities are eager to draft reggae and dancehall artistes as shills for their brands.

Ghett'a Life was released with financing from the Pan Caribbean Financial Group in a widely trumpeted deal that is indeed a high-water mark in the field, but which in more sophisticated markets, is de rigeur. Not that independent film makers have an easy time of it North America, Europe, Australia or South Africa. But suffice to say that the rabid aversion displayed by our financiers to the creative industries is generally not shared in those metropoles.

But it's likely that their attitudes would change if confronted with a groundswell of indigenous feature productions. I understand that the lack of available funding presents a kind of catch-22 to aspiring film makers, but our history confirms that we've never been the sort of people to be held back by a mere absence of formal support. The causes, factors and challenges are all there before us; the only thing that will change the situation is......action!

Maybe this recent spurt is but the spearhead; the first real wave of Jamaican cinema could be right around the corner. I sure hope so, and I support those as yet unseen, unheard Jamaican auteurs who are doing it on their steam, or with limited funding. Keep at it. You have a silent crowd of witnesses watching you and an audience - Jamaican and global - hungry for your stories and visions.

READ. Reviewing is writing, after all, and while you can be a great reader without writing, you'll never be a great writer without reading widely,and often.

Be Patient. While some movies pretentiously spin their wheels, others are simply more deliberate in revealing their secrets. Experience will help you to tell the difference; patience will enable you to gain the experience.

Be A Bit Skeptical. Yes, movies are about suspending disbelief and all that, but a little discrimination never hurt. Be more choosy about how you allow your disbelief to be suspended.

Watch carefully. This may sound simplistic, but the ability to absorb multiple visual and narrative details without slipping into nit-picking is arguably the key to building credibility. You don't have to be an Oscar-winning director to appreciate the medium.

Have An Opinion. Regardless of all the hash bandied about emphasizing "objectivity" when it comes to review, people really care to read someone who has SOMETHING to say. Even if a film leaves you with mixed feelings, then at least say that up front and then elaborate. My personal rule is....if it's not unequivocally good, it's bad, but there are, admittedly, several degrees of both.

Lighten Up. Allow yourself to - occasionally - soak up some mindless escapism. Of course, there are some examples simply too egregious to accept, but it doesn't have to be "Masterpiece Theatre" (that's a TV series of course, but it serves the argument) to be enjoyable.

Love Movies. This final one again sounds like overstating the obvious, but you might be surprised at the hordes who are going through life doing stuff they hate, merely for the sake of a paycheck.(indeed, you may be one of them) Reviewing has not – thus far - made me cash rich, but I've already been enriched way beyond measure by the experience. Don't be a financial doormat, but do what you love, having the confidence to know that doing it really well will open the doors that need to be opened for you.
Critics I Enjoy Reading

One popular aphorism says "everyone's a critic". The late Jamaican dancehall icon Bogle, had a neat spin on that principle which I'll paraphrase, with apologies:

"everybody a critic, but not everybody can critique"

Or....words to that effect. As I stated above, the good reviewer enjoys reading, including the work of other good reviewers, be they contemporaries or predecessors. Here are a few that I often find entertaining and - occasionally - essential.