Impossible as the above route may sound, it summarizes the continuing overachievement of cable TV as the new home of cinematic splendor, especially in the city-specific period crime drama. firstly, we anxiously await the coming of the fourth instalment in the Prohibition-era classic, Boardwalk Empire, with no less than Martin Scorcese and Mark Wahlberg as exec producers. Season 3 was the darkest, most layered yet, with several story lines unspooling and gathering narrative steam. Even more, the addition of the incomparable 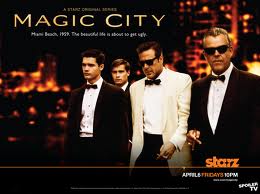 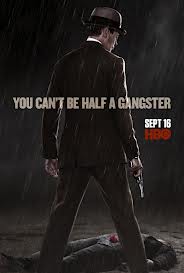 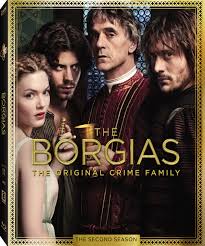 inducement, as if any were needed. Then, with elements of Boardwalk, Mad Men and the Godfather II comes the STARZ channel's  Magic City, set in late 50s Miami, with Fidel Castro still just a pesky but growing revolutionary and Cuba a model for Miami's vices.

Jeffrey Dean Morgan, of the TV series Grey's Anatomy and the Watchmen movie fame, stars as the owner of the Miramar Playa, a club where anything goes, and all manner of persons come for the booze, the girls and the drugs. All those things, of course, bring violence and intrigue.

In between those, the group billed as "The Original Crime Family" continues its machinations in 16th Century Rome. The peerless Jeremy Irons is well settled and still unsettling, as Pope Alexander VI, forging alliances, bringing down powers and fomenting war, mayhem and passion. Incidentally, the notes to the series say that the dynasty originated in Spain.

These three are just a sampling of the great original series on cable, but they feature here because of their subject matter and general format. Pick a period and a city, stock up on the refreshments and sit back to your cinema-quality narrative experience on the small screen.
Posted by Michael A. D. Edwards at 10:03 PM