Culture: Our Writers Can....

....be as "big" as in well known and influential internationally as our singers. 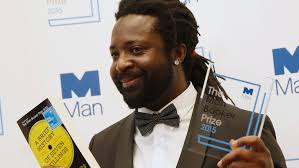 There was, in the wake of Marlon James' massive Booker Prize win in 2015-16 (shown above), an expected wave of support for Jamaican writers, whether or not they were /are domiciled in Jamaica. James' win dovetailed neatly into similar triumphs for Claudia Rankine (whose book-length poem, Citizen: An American Lyric copped several major awards and nominations both in the US and UK and Kei Miller (immediately below, right), whose similar book-length epic "The Cartographer Tries To Map a WayTo Zion, earned him the UK's Forward Poetry Prize.

Of course, there are many more victories worth savouring from Roaland Watson Grant (immediately below left) whose sly swap trilogy that began with "Sketcher" and continued with "Skid" will soon reach its conclusion with the impending publication of "Nearly Near But Fairly Far" 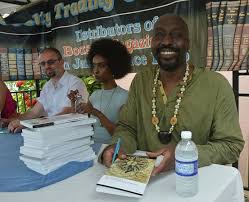 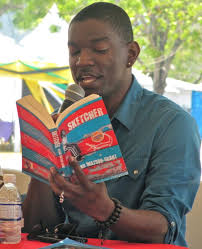 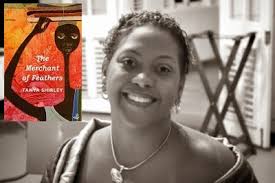 and poet Tanya Shirley (left) whose two published volumes of poetry to date, "She Who Sleeps With Bones" and "The Merchant of Feathers" continue to be well received her and abroad. 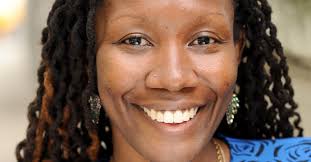 And new names are continually coming to the fore (or re-emerging) form Nicole Dennis-Benn whose less-than-sunny expose of the underbelly of Jamaican life and tourist culture, "Here Comes The Sun"  has been enjoying raves from diverse international presses.
And yet, even with the preceding (and a whole host more that I admittedly haven't mentioned in this missive) there is the sense that the spark is yet to become a fire; there is the concern that Jamaican literature may yet end up like Jamaican film (with apologies to all the great filmmakers now out there: a little too long in the wind and the rain to build the critical mass so needed and even desired. Calabash, the annual* south coast celebration of Jamaican and global writers in tandem is certainly a worthy element (and undoubtedly a catalyst) in this phenomenon, but its not nearly enough in itself. The singers and players had their Trench Town, and even the dramatists had a visible nucleus in the now decaying Ward Theatre and - further "uptown" the Little Theatre and the now defunct Barn. Even the celebrated athletes, always achievers, went to to another level after the establishment of the MVP facility at the UWI (though MVP is obviously not the only worthy athletics centre)

It may seem excessively nostalgic to be suggesting a salon in this day and age of digital connection, but with social media itself now in some respects saturated and even stratified, the time has well come to "go back to the future" so to speak and develop some kind of physical centre, incubator, hotspot - who knows what to call it for Jamaican writers, not to gather in isolation, but to present themselves to the public in a frequent and meaningful way beyond an annual  festival or even a book launch at the excellent Bookophilia in Kingston or other venues. The nation deserves this, our writers certainly deserve it and the world can certainly stand to receive more great stuff from Jamaica 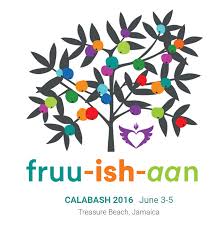