To commemorate Black Ink Collective's 40th Anniversary, Black Ink Legacy is planning a series of activities commencing in 2018, which will include a book fair, a series of Black Ink Legacy Lectures, readings, performances, touring exhibition, pop-up events, a website with online resources, and a virtual archive. 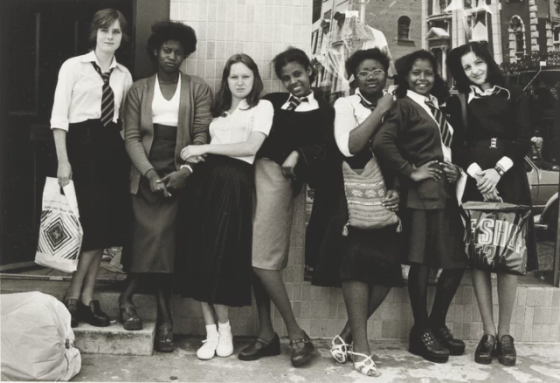 The Black Ink Collective, founded in 1978 and the first of its kind, provided a platform for young black Britons to write, have their voices heard and their work published over the next 10 years, a time of great social upheaval in Britain.

During the 1960s and early '70s a number of small alternative bookshops in the UK provided an outlet for mainly political and local history publications and pamphlets. Some of these were specifically black-oriented, such as The Black Panther Bookshop (later Sabarr) in Brixton. Bogle L’Overture Publications, and New Beacon Books were independently publishing books that brought a radical perspective to non-fiction, fiction and poetry.

The publishing industry in the UK at the time was very white, male and middle class - both product and staffing. Some black novelists such as Sam Selvon and George Lamming had books that came from major publishing houses, but they didn’t speak to the young, black British experience.
Black Ink created the first imprint specifically designed to give voice to young black writers in the UK. It was a bridge between the mainstream literary scene and a new, vibrant, up-and-coming style that encouraged those in the publishing industry to look beyond where they were.

Black Ink played a crucial role in launching a wave of young black British writers of Caribbean and West African descent into the literary world.

Through its Black Writers Workshop, established in 1979, Black Ink catered for an increasing volume of young writers nationwide such as Benjamin Zephaniah, S I Martin and Desmond Johnson, by providing a nurturing space for lively debates about being young, and carving out a place in a society that was at times hostile about identity and writing. First generation Caribbean writers such as C L R James, Edward Kamau Braithwaite, and James Berry were keen visitors and participated as mentors.

Nowadays there are far more books by black British authors available, but far less reading by young people in general. There has been a decline in the number of black bookshops in the last decade, but increased opportunity to self-publish and promote writings online and on social media. This has meant that black authors are not so reliant on the mainstream publishing houses to get published.