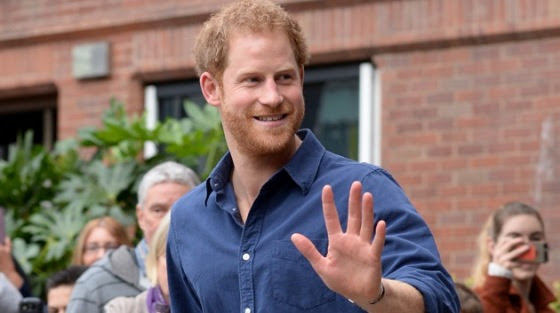 Prince Harry will appear with music superstar Rihanna during his upcoming two-week royal tour of the Caribbean, ABC reports.
Harry, 32, will join Rihanna at a celebration to mark the 50th anniversary of Barbados’ independence from British rule. Rihanna, a native of Barbados, is expected to sing the national anthem at the celebration, accompanied by a choir of children.
Harry will tour nine different countries and Commonwealth realms throughout the Caribbean from Nov. 20 to Dec. 4. Harry, who is now one of the monarchy’s best weapons at diplomacy, will be there to generate goodwill in the Caribbean.
The tour will focus on themes important to Harry, including social issues, young people and the military and conservation efforts that will include visiting baby sea turtles and exploring the natural beauty of the region.
“Prince Harry holds special memories of his last visit to the Caribbean, and of the warmth, friendliness and sense of fun that comes so naturally to this region,” Kensington Palace said in a statement. “His Royal Highness is greatly looking forward to meeting more of the people who call it home, and for the opportunity during this tour to be visiting some countries for the first time.”
Harry, fifth-in-line to the British throne, has made two previous official visits to the Caribbean, where he often spent holidays as a child with Prince William and their late mother, Princess Diana.
Posted by Michael A. D. Edwards at 6:07 PM