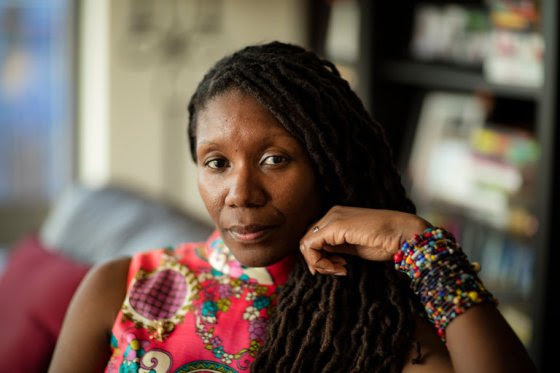 Nicole Dennis-Benn (Here Comes the Sun) has been nominated for National Book Critics Circle Leonard Prize. The information below is from “Announcing the #NBCCLeonard Award Finalists,” posted in Critical Mass, the blog of the National Book Critics Circle Board of Directors. Daniel Akst writes:
We’re happy to report that the NBCC membership has spoken, and the 2016 John Leonard Prize finalists have been chosen. Here’s this year’s terrific list:
The Mothers, by Brit Bennett (Riverhead)
The Girls, by Emma Cline (Random House)
Here Comes the Sun, by Nicole Dennis-Benn (Liveright)
Homegoing, by Yaa Gyasi (Knopf)
The Nix, by Nathan Hill (Knopf)
Grief Is the Thing with Feathers, by Max Porter (Graywolf)
Nominations for the Leonard prize, for a first book in any genre, are open to any NBCC member, and the six finalists are those titles with the most nominations. In a first this year, a panel of member-volunteers will read the finalists and select the winner, to be announced in January. The John Leonard Prize will be presented at the NBCC Awards Ceremony at The New School in New York on March 16, 2017.
For original post, see http://bookcritics.org/blog/archive/announcing-the-nbccleonard-award-finalists
Posted by Michael A. D. Edwards at 6:41 AM