Culture: Downtown Sunday, "Talking and Doing" in the Creative City 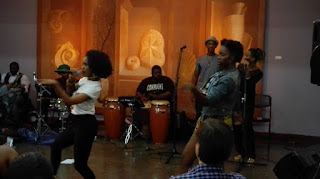 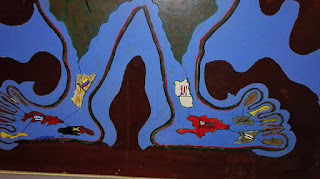 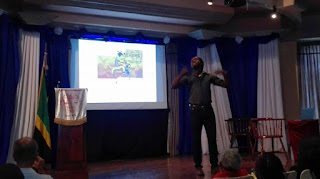 All over the world, port cities are the nexus of commercial, cultural and artistic life, and Kingston, despite its challenges, and in seeming optimism about the soul-crushing plethora of failed, non-implemented and to-be-implemented redevelopment plans, soldiers on.

The cause of attention to Kingston, declared by UNESCO as one of several global Creative Cities of Music, got a boost from two separate yet (unwittingly?) interlocking events last Sunday. First, the aptly titled "Last Sundays" hosted by the National Gallery - featuring tours of select NG collections and a live performance/exposition. This time around, it was young singer-dancer Jazmyn, who proved a refreshing melange of various singer-songwriter stylings, blending reggae and pop classics (like her opener, Judy Mowatt's "Black Woman") with some intriguing originals.

Further "up the road" at the Institute of Jamaica, Jamaica Music Museum curator Herbie Miller oversaw an info-rich and provocative series of papers and discourse on the city itself, seamlessly incorporating past, present and several visions of the future.

With the proximity of the previous night's Ska Rocksteady festival to its advantage, the symposium ended on a joyfully riotous note, courtesy of members of the Barcelona-based Soweto Ska Band (who were among the festival's headliners). Jamming with Jamaican talent, and a recently transplanted Canadian, the result was a free-wheeling yet respectful "United Nations" of ska that electrified the audience on hand.

Indeed, the one knock was the audience, or specifically the size. Even the NG's packed auditorium amounts to a small percentage of the potential audience, and over at the Institute the rich offerings played to a relatively sparse room.

Lack of audience quantity had no bearing though, on the unquestionable quality of the presentations. taken as one, they represent a powerful dossier and poster for what Kingston looks and sounds like - and what it could still be.
Posted by Michael A. D. Edwards at 5:14 AM