Roseanne Lindstrom recalls, with much laughter and , the time she almost got in over her head, having convinced the local telecoms carrier to let her apply Swarovski crystals to an incoming range of phones. Not only did fulfilling the initial order require a protean combination of multi-tasking and military-type discipline and secrecy (so as to prevent he then husband from becoming aware), the initial consumer response was so thoroughly off the chain, that the company (and its rival) were soon coming to her with even more stock to "bling".

Now the Seychelles native, who has been in the creative/entertainment fields since the age of 16, can look back with some fondness at those heady times. 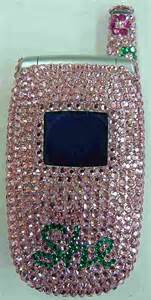 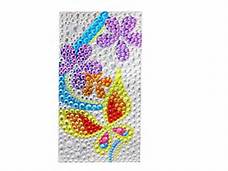 Not that she has much spare  time for reflection these days. The natural multi-tasker ("I never give up") runs a dynamic suite of business enterprises that keeps her almost constantly glued to her own phone (the bling days are mostly history now).

But, outwrdly, at least, she's hardly fazed. It's her artistic sense, she says, and her quest for new perspectives that actually give her peace of mind amid all the action

For Rosanne Lindstrom, there is No such thing as a typical day

But, that kind of hectic calendar has long been a feature of Lindstrom's life. Plucked from relative obscurity  in her native Seychelles Islands while still a teenager, she embarked on a globe-trotting career as pop singer/model, visiting some 80 countries and "picking up" 5 languages in the process. Among them India, where the affirmed nature and design lover took an interior design course

Mattiage to a Swedish executive ironically brought her to Jamaica.  where the aforementioned "bling phone" adventure began, with her crystalline creations ended up in the hands and hip pockets of celebrities like Brian Lara, Paris Hilton and others.

Indeed, such celebrity encounter are old hat for Rosanne as she counts Sylvester Stallone, David Hasselhof and Sydney Poitier among luminaries with whom she is on first-name basis (with photos to support).

Bit these days, her focus is largely on providing elegant home decor for "the rest of us" - the non-celebrities, almost famous and regular Joes (and Janes) who want, as she puts it "a million-dollar look on your budget."

Through her own highly intuitive but engaging style, she helps clients discern their precise needs -and wants - on each project. Then she sets to work on the space, incorporating her own globally nurtured sensibilities into the design, but never usurping the client's authority.

She also strives to stay current with evolving trends within the industry, recognizing that such knowledge helps giver her another edge. To further ensure she keeps her perspective fresh, Rosanne works on her own living space, updating her personal decor at least once per month. She also maintains solid links with others in the field, as well as architects, contractors and other professionals.

Passionately involved with her work, has no qualms about long hours, but she strives to maintain a modicum of  balance in order to spend time with her nine-year old son, whom she cites as her other main inspiration.

For the near future, she is steadily striving to keep up with the pace of ongoing projects, adding that she is "very excited" about  what she only describes as a major new commission -with global reach and implications for Jamaica, which she says will keep her even more busy into the new year. That, and a budding retail/service start-up within her local area, and its clear the one-time "bling queen" and  all-time renaissance woman of design has set herself some new worlds to conquer.

There can be little doubt that she will.
Posted by Michael A. D. Edwards at 4:15 AM