The North Sea Jazz Fest Curacao will this year feature, among others, Damian "Jr. Gong" Marley, Grace Jones, and Farruko. The Festival takes place from August 30 to 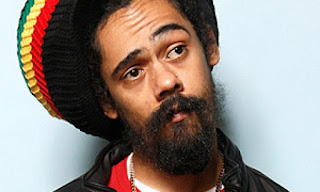 [. . .] The participation of Patti Labelle, KC &The Sunshine Band, can also be announced. Farruko, whose real name is Carlos Efren Reyes, is a reggaeton and latin pop singer from Puerto Rico. When he was 16, he began to post songs to MySpace under his stage name. Since then, he has put out six albums and been repeatedly nominated for the Latin Grammy Awards. In 2017 he released his latest album, "Trapficante", which included a mix of reggaeton and urban pop with a clever Latin trap treatment.
Damian "Jr. Gong" Marley is the youngest son of Bob Marley; he was just two when his famous father died. He was given the nickname "Jr. Gong" in honor of his father Bob, also known as "Tuff Gong". In 2017 Marley released his fourth album, "Stony Hill", which earned him his third straight Grammy for Best Reggae Album.
With hits like "I've Seen That Face Before", "La Vie en Rose", "Pull Up To The Bumper", and "Slave To The Rhythm", Grace Jones defined the pop and dance scene in the '80s. Her latest album, "Hurricane", came out in 2008, but Jones isn't taking it easy: she spent the last summer touring European festivals and worked together with the British virtual band Gorillaz in 2017
Posted by Michael A. D. Edwards at 2:59 PM