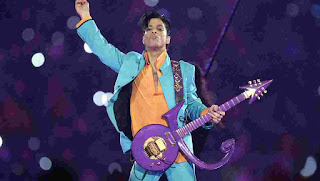 The site is beautifully designed (the cursor of a user’s mouse appears as a Prince-like eye on the site), and detailed but not overly so: Dozens of albums are highlighted — categorized as “Studio Albums,” “Live Albums,” Legacy Releases, Compilations and Major Albums Produced by Prince, such as Sheila E, The Time, Vanity 6, Mavis Staples, Chaka Khan, etc. (Anyone seeking more detailed information should check out the unofficial but highly authoritative “Prince Vault” site.)

Each entry includes a concise editorial overview, song samples, credits, and — best of all — each official video released from the album. This latter category might not seem exciting for ordinary artists, but remember that Prince kept his music and videos off of YouTube for many years, employing a battery of lawyers who delivered takedown orders with impunity, meaning that in order to watch, say, the “U Got the Look” or even “When Doves Cry” videos that were ubiquitous on MTV in the 1980s, you had to find some quasi-legal Chinese website or dig up an old VHS dub. Now, dozens of them are all in one place.

And this is only the beginning: The site hints broadly that it will house some of the “mind-blowing” unreleased music that advisor  Troy Carter told Variety will be coming soon. “Prince wrote hundreds of songs in his lifetime and released dozens of albums, ranging from studio recordings to live albums, compilations, and collaborations with his many affiliated groups and protégés,” the site reads. “Even with this robust catalog available, the world is only just beginning to understand the full scope of Prince’s work, which also included countless unreleased recordings. This is the start of an evolving exploration of Prince’s genius."
Posted by Michael A. D. Edwards at 5:56 AM