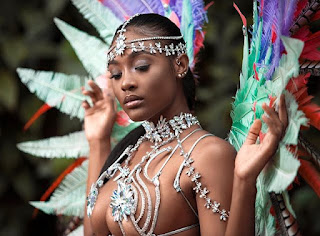 Random [yet interesting] Fact: Jamaica remains the only host nation of a Commonwealth Games that did not win at least one gold medal in its own games [Jamaica finished with 4 Silvers and 8 Bronze medals]

34 teams were represented at the 1966 British Empire and Commonwealth Games.

A sporting competition bringing together the members of the British Empire was first proposed by John Astley Cooper in 1891, when he wrote an article in The Times suggesting a "Pan-Britannic-Pan-Anglican Contest and Festival every four years as a means of increasing goodwill and good understanding of the British Empire". John Astley Cooper Committees were formed worldwide (e.g. Australia) and helped Pierre de Coubertin to get his international Olympic Games off the ground.
In 1911, the Festival of the Empire was held at The Crystal Palace in London to celebrate the coronation of George V. As part of the Festival of the Empire, an Inter-Empire Championships were held in which teams from Australia, Canada, South Africa, and the United Kingdom competed in athletics, boxing, wrestling and swimming events.

The 2018 Commonwealth Games are currently being held in Gold Coast, Queensland, Australia. Australia is hosting the games for the fifth time. There are an equal number of events for men and women. This marks the first time in history that a major multi-sport event has equality in terms of events.


Pot publications are one of the few growth areas in media. High Times Media, said Thursday it is buying Green Rush Daily for $500,000 cash plus $6.4 million in stock.
GRD, a 3-year-old cannabis news website that bills itself as the official resource of daily news for all things weed, claims to pull in 9.5 million page views a month.
Meanwhile, Tom Florio, CEO of ENTtech Media, which last year purchased Paper magazine, said he is teaming with MedMen, a recreational marijuana company, to launch Ember, a custom-published print title.
Florio is handling the content for the custom-published quarterly distributed only in MedMen’s dispensaries in California and Nevada. MedMen will soon open a medical marijuana store on Fifth Avenue in Manhattan.
High Times is in the process of being acquired by Origo Acquisition Corp. in a $250 million all- stock deal.

Origo is a special-purpose acquisition company, also known as a blank-check company, because it raises money and then hunts for a worthy acquisition target.
Origo zeroed in on High Times last July with the plan to start publicly trading in October. But that deadline has been extended. Edward J. Fred, chairman of Origo, said he now expects to complete the deal on or before June 12.
The delay is due to problems getting the privately held High Times to adapt to public reporting requirements.

Quote: "The English tradition that was soaked into me was that when you entered the sporting arena, you left behind the sordid compromises of everyday existence"
-CLR James
Posted by Michael A. D. Edwards at 4:35 AM