That is the projected size of the medical cannabis market by 2025 according to the latest available research. 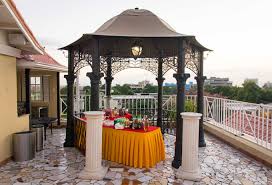 Jamaica's efforts to capture a larger portion of that growth is receiving an early boos from Jamaican-Canadian Steve Conville, whose Toronto-based company, Kronic Relief, recently launched its Jamaican operations at the Eden Gardens wellness Resort and Sap in Kingston.

Conville, raised in Canada by Jamaican parents, says Kronic Relief Jamaica will operate out of the eastern parish of Portland, where the company will build a 25,000 square-foot facility in western Portland.

Member Of Parliament and Minister with responsibility for Economic Growth and Job Creation Daryl Vaz says the coming of Kronic Relief will bring "gainful and sustainable employment" in the parish, but also in the industry, which the Government has recognized as a major driver of its accelerated growth vision for Jamaica.


Minister Vaz also acknowledged the difficulties facing the cannabis industry regarding the banking sector and said the Government was working with its international partners and counterparts to come up with workable solutions to address the issue.


Henry Lowe, who as founder and chairman of Medicanja - which is looking to list on the Jamaica Stock Exchange - is also forging a development path in the medical cannabis field, had high praise for the Kronic Relief team and said Jamaica needed to treat the regularization of the cannabis industry with greater urgency in order to avoid missing out on the tremendous benefits to the economy and the society


Once operational, Kronic Relief will be producing and distributing a wide range of cannabis derived products - from topical applications for pain relief ( currently the largest segment of the market) as well as personal care products and edibles.

"We will be providing paid tuition and grants to help more of the tremendously talented young people of this country to have real opportunities to better their lives by pursuing higher education or getting certified in a skill."

The launch of the company is also endorsed by Opposition Spokesman on National Security, Fitz Jackson, as well as former Commissioner of Police, now a compliance consultant, Owen Ellington, who both hail it as  a positive development for Jamaica


With its licences and regulatory approvals in place, the company intends to bring economic and  medical "relief" where its most needed.
Posted by Michael A. D. Edwards at 5:32 AM