Twin Double: The Art of Two, will see performances showcasing jazz renditions of standards from the 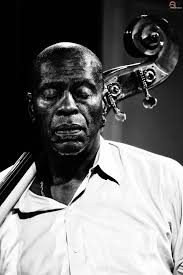 Jamaican and American popular songbooks. The event is set to take place at the Institute of Jamaica's performance hall, which was recently acoustically enhanced on Saturday, June 9.

According to the museum's curator Herbie Miller, this is a means of fulfilling one of its core outputs — to contribute to the diversity of Kingston as a UNESCO- designated creative music city.

“I see the partnership as an augmentation that will challenge musicians to develop their craft, improve their creativity, extend the jazz sensibility toward its most expressive improvisational imaginings, and inspire renewed public interest in the music as an art form,” noted Miller.

Lundy and Scott and Mms Hague and Whylie are musicians with the capability of stretching the very boundaries of jazz, as well as the capacity to distil well-known and familiar songs to their elemental emotions. In addition to 'jazzing up' the music of celebrated Jamaican composers Bob Marley, Jimmy Cliff and Bob Andy, each duo will also highlight the music of distinguished American songwriters including the eminent Duke Ellington and Billy Strayhorn, as well as Cole Porter, George and Ira Gershwin, Lorenz Hart, and Richard Rodgers among others. These are internationally renowned composers and lyricists whose contribution to the canon of twentieth-century popular music have become wellknown standards,” he continued.

He explained that Lundy came to prominence in the band of jazz vocalist Betty Carter, is also a Grammy-nominated artiste. Scott played piano from the age of five and was considered a child prodigy. Miller described Hague as “the leading jazz and cabaret voice in Jamaica”, and Whylie as a “ consummate accompanist”.
Posted by Michael A. D. Edwards at 4:34 PM