National team player Jonathan Walker has been selected to attend the Youth Olympic Games in Buenos Aires October 6-18 as a World Squash Ambassador. 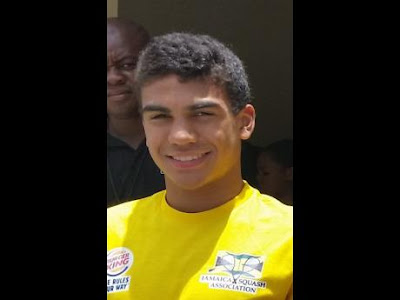 The 17-year-old will participate in the Games' squash showcase, which will mark the first time the racquet sport will be on the agenda at the prestigious sporting event.

The Youth Olympics will be contested by athletes aged 15 to 18 from over 200 countries. Walker is one of only 18 young players from around the world who will be part of a competitive, non-medal exposition which is set to run from October 7-12.

The youngsters are expected to bring a lot of positive exposure to squash, as the sport's governing bodies continue their quest to earn Olympic inclusion.

“It is a very positive step for the worldwide squash fraternity that we have been invited to showcase the sport at the Youth Games, and it is particularly exciting that a Jamaican has been selected to be among the elite group of young players who will be on the world stage,” said Chris Hind, president of the Jamaica Squash Association.

“Jonathan has represented Jamaica throughout his entire junior career and we are thrilled to see him now stepping up to represent his sport, which will complete his transition to the senior ranks of the game,” he added.

Walker will be accompanied to the Games by eight-time Jamaican and Caribbean Champion Chris Binnie, who will serve as both coach and chaperone.
Posted by Michael A. D. Edwards at 4:39 AM