LASCO Distributors Limited (LASD) says it has achieved profit of $1.004 billion for the financial year ended March 31, 2018, the highest-performing net profit for the company to date and in the history of the Jamaica Stock Exchange Junior Market. 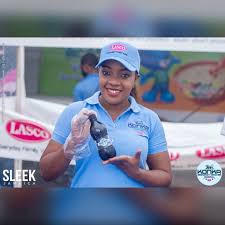 “The performance reflects a 65 per cent increase over the prior year's results and is due to the successful execution of LASD's strategy, management of margins, growth in key business categories, cost efficiencies and proceeds from the ongoing Pfizer case,” the company said in a news release.

The company explained that its strategy continues to be market expansion, new product development and cost efficiencies, supported by a strong management and operational team.

“We continue to build on this foundation as we position the company for further growth in market share both locally and overseas,” the release quotes Managing Director Peter Mark Chin.

The company said that its strong financial performance is a result of successes in key areas, with gross profit for the year at $3.2 billion or eight per cent over the prior year. This was earned from a total revenue of $16.3 billion, up from $15.8 billion.

A carbonated beverage brand Lyrix, as well as an adult energy drink named Konka, produced by the affiliated LASCO Manufacturers Limited, were rolled out during the fourth quarter.

“Early favourable response for both products hint at increased market share,” the company said.
Posted by Michael A. D. Edwards at 7:37 AM