In that curious, round-about way familiar to creatives, the desire to purchase for a car landed Andre Wynter his own television series. 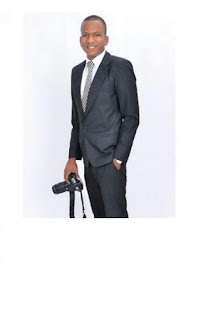 The young auteur was not too long out of high school, and looking to get mobile, He was instead advised to put his partial purchase funds into an investment account with local brokerage/investment advisors Mayberry, and he agreed.

Turned out to be a wise and prescient move. In the succeeding four years, (while he was away at college) his investment roughly doubled each year,and on his return, he had roughly half a million dollars available to him.

Still a meagre budget, even by Jamaican standards, but then, it was sufficient to enable him to shoot a pilot and shop around the idea for "Real Friends" , a thirty-minute teen drama, following the life of six high school friends. An initial series deal proved unworkable and Wynter took his show to Television Jamaica (TVJ), where it has remained and steadily picked up traction.  It  debuted on TVJ as the number one new local drama - with viewership peaking at 850,000 viewers ( a big hit for a new and untested drama) while garnering over sixteen thousand followers on social media. Season 2 premiered February 2019. (see Teaser below) 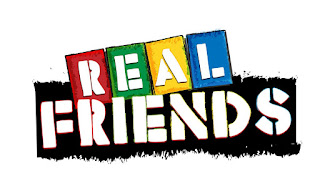 "What I wanted to do with the series," he says "is to explore the dilemmas of today’s young adults. We don't just want to put situations on screen, we want to have relatability and educate the target group while increasing overall public awareness." Importantly, .

Wynter says that while the core target audience is young adults 13-25 years old and adults and parents 35 years and up, the series has been written - and shot - in such a manner as to reduce age disparities and further notes that the show has received positive reviews from viewers of all ages.

Moreover, the kind of feedback received has confirmed the logic of the approach, in that " persons are finding a lot to relate directly to in our show and cast members have been approached in relation to experiences that they have had in the story that hits people close to home." The stories push the traditional envelope for a Jamaican local drama, exploring sexuality, gangs and youth violence, homelessness and even suicide without ever crossing the boundaries of censorship

With two seasons now shot. and with the relative cushion of a multi-season deal (there are two more to follow under the current agreement) with TVJ, Wynter, through his JA Films company, is looking to further broaden the appeal of the show without losing the artistic integrity enables him to be sought-after. There are are also plans for a "Tour" of the show in collaboration with schools, churches, and other community-based organizations that interact with youth. This he says, is a mostly preferable route to corporate sponsorship, but he's open to the discussing a partnership - if and only if  it will allow him to retain the creative control he now enjoys.

There are other directions in which he intends to build the series brand, as well as other film projects in the works, but those will remain outside the public scope for now. He encourages fans and interested parties to tune to the show's You Tube (see link above) and to connect via social media.