It was nearly three decades ago when writer-director John Singleton’s freshman film “Boyz N the Hood” gave us a compassionate and deeply human story about growing up black and ambitious with a life that is sadly expendable — long before Black Lives Matter rewrote that narrative. He earned not one but two Academy Award nominations for helming the movie and penning the script. Though he didn’t win, “Boyz N the Hood” is still talked about as one of the best and most 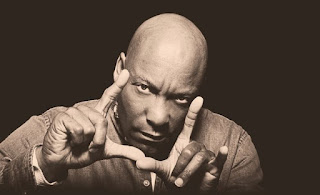 tragically honest films about young black men, cementing its place in cinematic history and in the hearts of audiences across the globe.


lack humanity was Singleton’s signature, as he went from a story about young black men in the hood to a 1993’s “Poetic Justice,” a moving romantic tale about the relationship between two lyrical underdogs — Justice (Janet Jackson) and Lucky (Tupac Shakur) — who come together through tragedy and a shared perseverance to rise above it. Though not a perfect film, it became an instant cult classic for highlighting young black love. “Poetic Justice” also earned acclaim for its use of poems penned by the late icon Maya Angelou (who also has a role in the film) — recited and written by Justice in the film — to underscore the talent and heartbreak of a generation that had for too long been marginalized on screen.
Singleton, who died Monday at age 51, later turned his sights to black students on campus that are not much older than his protagonists in “Boyz N the Hood” in 1995’s “Higher Learning.” This third film, released just four years after his debut feature, packed a lot of important themes, including systemic racism, neo-Nazism, sexuality and rape culture confronted by politically conscious young black and white people in an academic space.


Singleton will be remembered for being a pioneering voice who helped catapult black stories onto the screen where they belong.