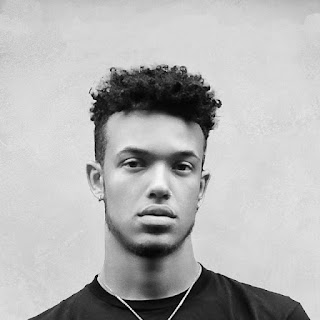 Meticulously yet soulfully constructed, sumptuous in both vocal and instrumental effects, Vincent Darby's latest, "Baby Oh I" is the mid-tempo ballad the world needs right now.

From the shimmering strings at the intro to the perfectly timed vocal opening and the smooth ascent through the verses, Darby and collaborator Gray Hawken (of Local Only Sound) have crafted a gem that calls to mind classic r n' b, but without lazily re-hashing or mindlessly re-purposing it for the streaming era.

Instead, listeners are treated to an artful and heartfelt love song that inhabits its own space, takes its own time and makes an indelible mark on the consciousness of music fans seeking more than the "latest flavour."

And yet, Darby shares that the song came about in the most organic of ways.  "The whole thing was a complete freestyle and I just said things I felt fitted," he began, adding that a bitterly cold night in Toronto Canada provided the catalyst. " We drove to the cottage and at about 2AM Gray(Ryan) and I began creating a song which is a 'Baby Oh I.'  We began the song at around 2a.m. and finished the main body of it  at about 5 a.m. We then added to the production over the next few days and then when we got to the studio we changed a couple things to turn it into the song it is now. " Gray, he adds, " played everything, I didn’t play anything it was very much
a joint collaboration between him & I."

The result is a repeat-worthy standout that looks set to become a staple on his future dates as he continues to build an enviable repertoire.  "Baby Oh I" follows Darby's earlier release "Get Away"  and the vision is for it to continue the lead-up to an impending EP release that is sure to be one of the most anticipated projects of the summer.

Birmingham native Darby fell under the pull of music from an early age, absorbing pop, r n' b and reggae stylings from a wide array of artistes by
the time he made it to formal studies at the city's renowned Ormiston Academy.