Sport: The Edge and the Quads of"peaceful warrior" Nzingha Prescod

This is an online exclusive story from ESPN The Magazine's Body Issue 2016. Subscribe today! And for more from the 2016 Body Issue, check out espn.com/bodyissue, and pick up a copy on newsstands starting July 8.
U.S. fencer Nzingha Prescod is 23 years old and preparing for her second Olympics. Thing is, that might not even be the most impressive thing about her. Prescod sat down with the Body Issue's Morty Ain and talked about how she got into the sport and what it's taken to reach the top.
Yes, there are black fencers.
Yes, fencing is a "real" sport and requires you to be very athletic. I feel like there's this myth that it's just something you see in movies. But it's not. It's really fast-paced and high-energy, and you have to be really athletic and able to change directions and change speeds. It requires a lot of control and endurance. 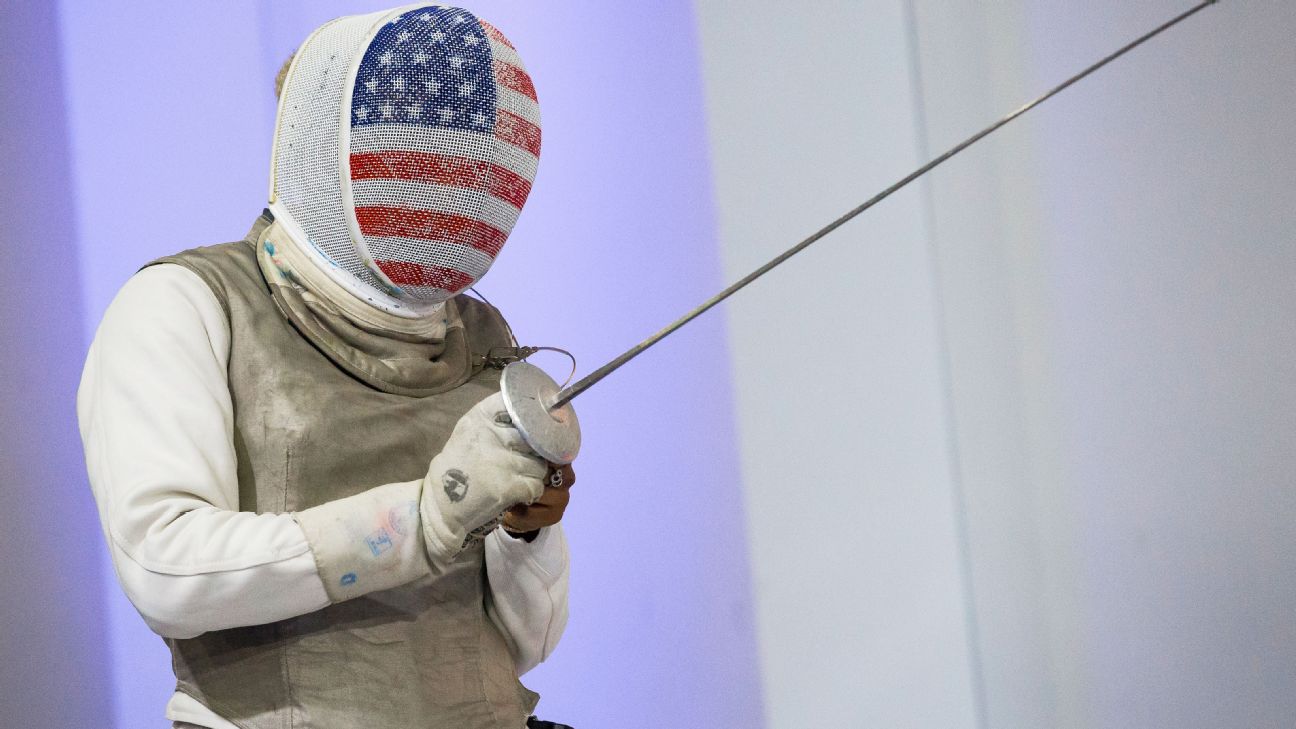 Age: 23Height: 5-4 Weight: 138 pounds
People come up to me and ask, "Is that hard?" That's a question I get a lot: "Is it hard?" I'm like, "It's really hard" [laughs].
You live up to who you're told you are. I'm named after a 17th-century queen from Angola, Nzinga Mbande. During the colonial period, the Europeans would try to come to Africa and take their land, and she defended her territory. I think it's not a coincidence that I'm named Nzingha and I go off with my sword and fight people for my country. I was always told that I'm a strong woman, and I was named after a strong woman, and I think it's not a coincidence that I've become this top fencer.
I think I fell in love with fencing because you never do the same thing twice. No one touch is going to be the same. It's not like you're swimming the same 100 meters every single day at practice. You're always trying new things and making things happen. It's never boring because no one is perfect at it -- someone is always going to get hit. You could fence the same person every day and it's always going to be different. 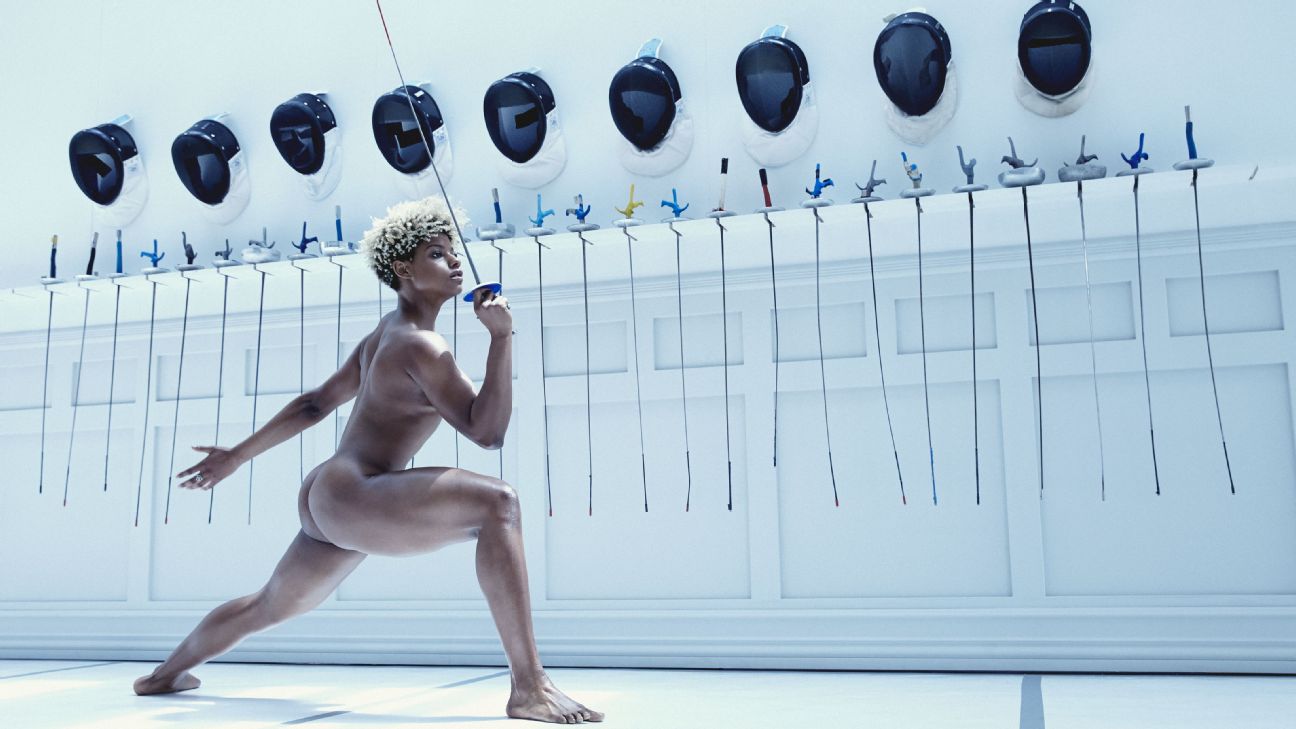 To go behind the scenes at Nzingha Prescod's Body Issue shoot, check out the full gallery of her photos. More photos »
My boobs get in the way a lot when I'm working out.When I was younger, I didn't know how to deal with them. I would always run with my hands a little bit under my boobs so they wouldn't move as much and I ended up looking really funny. My coach would make fun of me; he had to get someone to teach me how to run. But I knew how to run, I just felt uncomfortable with these things. They are just heavy and a lot of extra weight. But I do feel very comfortable putting my fencing stuff on because I get to hide them. I don't have to worry about them moving around. I'm really glad that I do a sport where I'm so covered, otherwise I'd be really self-conscious.
At the Olympics, I get asked a lot, "Oh, what track event are you?" "Fencing." "Oh, I thought you did track." I guess because our quads are very similar to track quads. Fencing is a quad-dominant sport.
I think of fencing as part calculating and part doing. It's very mental. When Plan A doesn't work, you have to be ready to shift quickly to Plan B, C, D, E. People call it physical chess, but that's a corny analogy; I hate when people say that.
Fencing is basically being able to capitalize on someone else's mistake. I talk to myself a lot when I'm fencing -- to be confident, to be strong, just giving myself encouragement. With my psychotherapist, we work on avoiding thoughts that make you hesitate. Hesitating in fencing is not going to work.
On the subway, I get a lot of stares, so I try to avoid eye contact. Growing up in Brooklyn, I'd be taking the train with my fencing gear, and people would be staring at me like, "What are you doing?" People would always ask me, "What are you doing with that?" ... that kind of thing. Now I get more, "Oh, you fence? That's awesome! Keep it up."
This was my mom's bright idea. I started fencing when I was 9 at the Peter Westbrook Foundation. I started with my sister, my best friend and one other girl. Fencing is usually pretty exclusive because it's so expensive, and Peter started the foundation to make fencing more accessible to minorities. I was doing ballet and gymnastics and tennis, swimming, karate, all these sports. But the amount of resources that the foundation had and could offer was so much more, so this was the clear path for me and my sister.

I think I fell in love with fencing because you never do the same thing twice. You could fence the same person every day and it's always going to be different.
Nzingha Prescod

This is an opportunity to be special. That was my thinking going to practice all the time: "This is a privilege, and I'm going to take advantage of this privilege." With other people, it might have felt very normal to them to do an after-school activity like fencing, but it wasn't normal for me, it was amazing.
I think I was born to be an athlete. I was pretty good at tennis. My coach would call me and my sister Serena and Venus. I feel like tennis would have been a sport I would have pursued if I had the right resources. But with fencing I got the whole package.
Except I'm really bad at basketball. I used to think I could do anything, but no, no basketball for me. I don't even want to try -- I'll just make myself upset. I'm really not good at catching either. I just have butterfingers.
I wouldn't say I've dealt with any overt prejudice. But my first couple World Cups I was definitely the only black girl in the competition and that would make me feel weird. I don't remember people being prejudiced toward me, but I know that when we traveled to these tiny towns in Germany, with me and my mom, people would stare at me. I remember that being kind of discouraging. In New York you have a sprinkle of everything, but you go to Europe and everyone is white. And then you get to the competition and everyone is still white. That was new to me. But I didn't let that bother me, it's just something I noticed. I remember getting on that strip and being very eager to win that bout, and I'm sure that feeling of being the only one gave me some fuel. 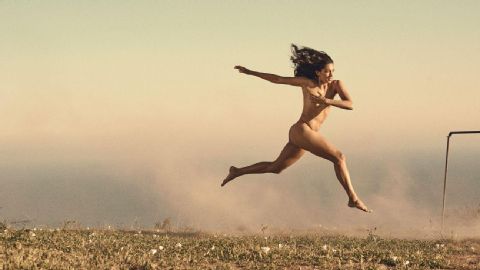 Christen Press: 'I'm 100 percent a byproduct of my sport'
Delle Donne: 'We are the most elite players in the world'
Fencing gives you really athletic legs. That's probably my best feature. When you fence, you are primarily using the front of your legs, so any time I'm working out, I try to hit the back to even it out. That's why I do a lot of dead lifts, because it's for your glutes and your hamstrings. People tell me I have nice legs, but they're just a little bulky because there's so much muscle in them.
Pants are the worst. I don't wear jeans. First of all, my waist is so small. This is the problem with all clothes I have: My boobs are kind of big, so I'm a 38 on the bust and a 28 waist and I'm a 38 in the hips. People don't understand my struggle.
I do like my curves. I just don't think they make clothes to fit my proportions.
Fencing is really asymmetrical -- you develop your right side way more than your left side. So if you see a fencer who is right-handed, they'll have bigger right legs than left legs. I'm pretty even because I cross-train a lot. But it's very asymmetrical. I really have to take care of being stable and not being imbalanced because that just causes injury.
Posted by Michael A. D. Edwards at 8:44 AM